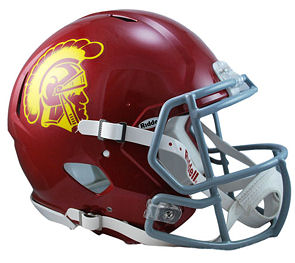 Did you suffer serious injuries or repeated concussions and brain damage while playing football at USC?

The USC Trojans football program, established in 1888, represents the University of Southern California in college football. USC is a member of the National Collegiate Athletic Association (NCAA) Division I FBS and the Pac-12 Conference (Pac-12). The Trojans are a football powerhouse, and have been throughout NCAA history, claiming 11 national championships. As of 2016, 497 Trojans have been taken in the National Football League draft, more than from any other university. USC has the most Pro Football Hall of Famers (12).The team is currently coached by Clay Helton.