Over 40 Years of Experience
and No Fee Unless You Win!Contact Us NowFor a Free Consultation
Home
Practice Areas
Sexual Harassment 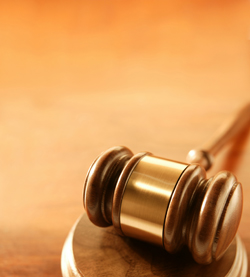 Victims of any type of sexual harassment often suffer from psychological problems for many years following the assault. All people should be treated with respect and dignity, especially in the workplace. Sexual harassment has the ability to destroy dignity, drive, self-confidence, and competence. This can be made even worse if the victim is not believed or the harassment is left unacknowledged.

Unfortunately, some employers fail to take any action when a sexual harassment charge is made. Often the employer is the abuser, other times the victim isn’t believed. In any situation, if no action is taken to deter the sexual harassment the victim has no choice but to seek legal representation.

The sexual harassment litigation process generally has two theories existing to a Plaintiff:

Quid pro quo sexual harassment is the most common type. When this happens, the victim has been notified that their job and/or specific benefits are contingent upon sexual favors asked of them. Benefits could be scheduling of shifts, promotions or salary increases. It is illegal and the entire company is liable for the actions of their managers, leaders and administration.

Hostile work environment sexual harassment is when actions or speech makes the workplace hostile for the victim. This could be sexual innuendo, touching, dirty pictures or posters, lewd behavior and inappropriate sexually charged jokes and conversations.

When an Employer Is Liable For Harassment

All employers, regardless of the number of employees, are covered by the harassment section of the FEHA. Employers are generally liable for harassment by their supervisors or agents. Harassers, including both supervisory and non-supervisory personnel, may be held personally liable for harassing an employee or co-worker or for aiding and abetting harassment. Additionally, the law requires employers to take "all reasonable steps to prevent harassment from occurring." If the employer has failed to take such preventive measures, that employer can be held liable for the harassment.

A victim may be entitled to damages, even though no employment opportunity has been denied and there is no actual loss of pay or benefits. In addition, if an employer knows or should have known that a non-employee (e,g. client or customer) has sexually harassed an employee, applicant, or person providing services for the employer and fails to take immediate and appropriate corrective action, the employer may be held liable for the actions of the non-employee. Employers are obligated to, among other things, take all reasonable steps to prevent discrimination and harassment from occurring. If harassment does occur, they are responsible for taking effective action to stop ally further harassment and to correct any effects of the harassment.

Employers are also required to develop and implement policies that include provisions to fully inform the complainant of his/her rights, and to effectively investigate the allegations. The employer must also communicate to the complainant that action has been taken to stop the harassment from recurring. Finally, appropriate steps must be taken to remedy the complainant's damages, if any.

What to Do After a Sexual Harassment

Employees or job applicants who believe that they have been sexually harassed can hire a lawyer to represent them or they may file a complaint of discrimination with DFEH within one year of the harassment.

If you or a loved one has been sexually harassed in the workplace in Sacramento County, you will need a lawyer with experience. Call Moseley Collins at (916) 444-4444 for a free consultation.

Moseley Collins is a personal injury attorney serving those badly hurt throughout Northern California. There is absolutely NO FEE to discuss your case and there is absolutely no fee unless we win and get you the money you are entitled to. We are on your side and know what to do to get you compensation and justice.

Sacramento Personal Injury Lawyer Blog - Sexual Harassment
Client Reviews
★★★★★
"When I was injured I felt truly hopeless. I didn't know where to turn when I was released from the hospital. Luckily, I remembered your phone number and I called you. You won a nice settlement for me. Thank you!" Charles T.
★★★★★
"May God bless you always, Moseley and your wonderful staff. You all were there for us when we needed it most. We are forever grateful." Tina N.
★★★★★
"Everyone at the law firm was helpful, considerate and courteous. I would highly recommend Moseley Collins. Thank you so much." Robyn D.
VIEW MORE
Submit a Law Firm Client Review