Over 40 Years of Experience
and No Fee Unless You Win!Contact Us NowFor a Free Consultation
Home
Practice Areas
California Talcum Powder Lawyers 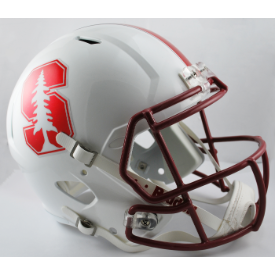 Did you suffer serious injuries or repeated concussions and brain damage while playing football at Stanford?

The Stanford Cardinal football program represents Stanford University in college football at the NCAA Division I FBS level and is a member of the Pac-12 Conference's North Division. Stanford, the top-ranked academic institution with a FBS program, has a highly successful football tradition. The team is currently known as the Cardinal, adopted prior to the 1982 season. Stanford was known as the "Indians" from 1930 to January 1972, and the "Cardinals" from 1972 through 1981. A student vote in December 1975 to change the nickname to "Robber Barons" was not approved by administrators.