Over 40 Years of Experience
and No Fee Unless You Win!Contact Us NowFor a Free Consultation
Home
Auto Accident News Center
Timothy Elliott, 42, Crashed Into 5 Cyclists in Hopeland, CA and Has Been Arrested for DUI January 31, 2015

Timothy Elliott, 42, Crashed Into 5 Cyclists in Hopeland, CA and Has Been Arrested for DUI January 31, 2015 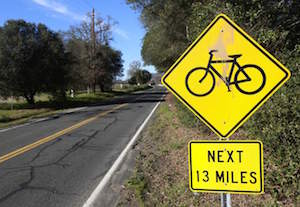 HOPELAND- The driver of a vehicle that caused serious injuries to one or more of the bicycle riders on Friday after crashing into five cyclists and was detained on suspicion of driving under the influence.The driver Timothy Elliott, 42, of Ukiah, was detained on a felony warrant.According to the CHP report, Ray left a bend in the trail and hit at the back of Banks' bike. CHP Sgt. Lanika Lee said Ray was going at about 40 miles an hour.Banks hit on the windshield and was thrown to the road's shoulder. Ray continued driving, plowing through other cyclists.

Saturday, stern was in serious condition, said a Santa Rosa Memorial Hospital spokeswoman Katy Hillenmeyer. Another four passengers were all in stable condition and some had been released in the Ukiah hospital.CHP officials said the investigation is continuing and they were attempting to piece together details regarding the crash from interviews using the cyclists.