Over 40 Years of Experience
and No Fee Unless You Win!Contact Us NowFor a Free Consultation
Home
Attorney Profiles
John J. Kinney III 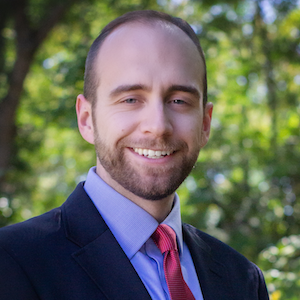 John was raised in Sacramento, California. He was homeschooled from K-12. From an early age, John had a passion for the law. In high school, he umpired Little League Baseball, refereed competitive soccer, and was a police explorer with the California Highway Patrol. After graduating high school, John went on to attend the California Maritime Academy, where he majored in Global Studies and Maritime Affairs and sailed the Pacific Rim aboard the Training Ship Golden Bear in the summer.

Following graduating from Cal. Maritime, John moved to Lynchburg, Virginia to attend law school at Liberty University. While in law school, John was an advocate for the Liberty University School of Law trial advocacy team. As part of the team, John and his teammates traveled throughout the United States competing against other law schools in mock trial competitions. His team won the Carolina Invitational Mock Trial Tournament in 2013. John also participated in the law’s school prosecution clinic. In this role, John found himself in trial court prosecuting a variety of criminal cases, including domestic violence, DUIs, and animal cruelty.

Most importantly, however, John found his passion for plaintiff’s personal injury and medical malpractice work during an internship with Moseley Collins Law between the summer of his first and second year of law school. Here, John learned the crucial role lawyers play in representing badly injured people and the fulfillment that comes from helping them.

Upon graduation, John returned to California to study for and take the California Bar Examination. After passing the examination on his first attempt, John immediately returned to Moseley Collins Law as an associate attorney.

Since returning to Mosley Collins Law, John has worked on numerous personal injury and medical malpractice cases in both state and federal court. Many have resulted in multimillion-dollar outcomes for the firm’s clients. John is actively involved in all aspects of litigation, including discovery, motion practice, mediation, arbitration, and trial.

The Bible teaches that “…the law is good if one uses it properly” (1 Timothy 1:8). This is exactly what John strives to do for his clients every day. He is passionate about using the law to help those seriously injured by reckless drivers, corporate misconduct, careless healthcare providers, and other wrongdoers; however, John is equally committed to obtaining justice for his clients while upholding the highest ethical standards.

John is a proud husband of a registered nurse, “daddy” to Elizabeth (plus his German Shepherd mix Theo), and an active member of Arcade Church in Sacramento. When not at work, you can probably find John spending time with his friends and family, leading a community group at church, cooking (particularly if it involves his Big Green Egg), or traveling.

The American Association of Justice

Honors
Contact Us
In The News
Practice Areas
Ministry